Get fresh music recommendations delivered to your inbox every Friday.
We've updated our Terms of Use. You can review the changes here.

All That Milk! (As Performed by the Original Cast) 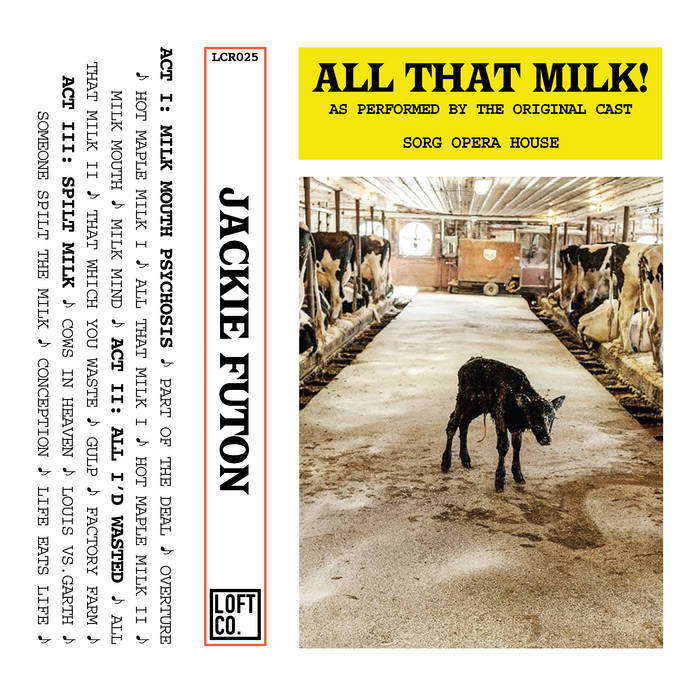 Garth bought too much milk. Blue and Beatrice are bovine star-crossed lovers. Farmer Louis runs a horrific CAFO near Garth's home. Cunningham is the ghost of Beatrice's mother. Their worlds are about to collide in this live musical theater production.

All Lyrics by Jackie Futon except “2 Milky 2” by Alex S.

Special Thanks to Hannah, EquiVet, Radiohead, Malcolm in the Middle, Jurassic Park, Dante A., Robert Alan Aurthur, Bob Fosse, the Important People in Our Lives We Abandoned During this Project’s Creation, The Sorg Opera House, freesound.org, All the Amazing People Who Turned Out for the Live Performance--to the fans, we couldn’t do it without you! Actually we could, and we have been for a number of years now. Also, Randy Futon (RIP).